The genetic argument against race - how good is it?

The genetic argument against race - how good is it?

"In June 2000, when the results were announced at a White House ceremony, Craig Venter, a pioneer of DNA sequencing, observed, 'The concept of race has no genetic or scientific basis.'"

"Over the past few decades, genetic research has revealed two deep truths about people. The first is that 1 all humans are closely related—more closely related than all chimps, even though there are many more humans around today. Everyone has the same collection of genes, but with the exception of identical twins, everyone has slightly different versions of some of them. Studies of this genetic diversity have allowed scientists to reconstruct a kind of family tree of human populations. That has revealed the second deep truth: In a very real sense, 2 all people alive today are Africans."

"'That race is a human construction doesn’t mean that we don’t fall into different groups or there’s no variation,” Foeman says. “But if we made racial categories up, maybe we can make new categories that function better.'"

Some facts relating to statement 1:

So humans are similar to cats in this regard. No one thinks that a Siamese cat is a different species to a Persian but they are clearly different breeds or races. And I'm sure cat fans think these group differences are meaningful.

It's now believed the original migration from Africa was about 185,000 years ago, but we're all still Africans?

That might mean something as scientific data but science doesn't say anything about meaning, and in terms of human history and everything that's happened, it makes little sense to say we are all Africans. Even the present day Africans can't be the same as those from that prehistoric time.

you can even reconstruct someone's FACE SHAPE based on their DNA. To say race doesn't exist genetically is beyond asinine

@Iseult wrote:you can even reconstruct someone's FACE SHAPE based on their DNA. To say race doesn't exist genetically is beyond asinine

And you can tell apart European and African skulls with 80% accuracy. This is new:
https://medium.com/@NoahCarl/are-racial-classifications-arbitrary-ac53cb43de90?postPublishedType=initial

"Bo Winegard and I wrote a review of Angela Saini’s new book, Superior: The Return of Race Science, which provoked a rather hostile reaction from some people on Twitter. Unsurprisingly, the vast majority of criticisms were ad hominem attacks against us, or against the publisher, Quillette. You know, it was the usual stuff: ‘racist’, ‘fascist’, ‘Nazi’, etc. However, there were a few criticisms that went beyond simple name-calling, and I would like to respond to those here . . . Moreover, when all the various sub-populations are plotted on a principal components graph, the major continental populations are clearly separable. (Note that their separation would be even clearer if the third principal component were plotted too.)" 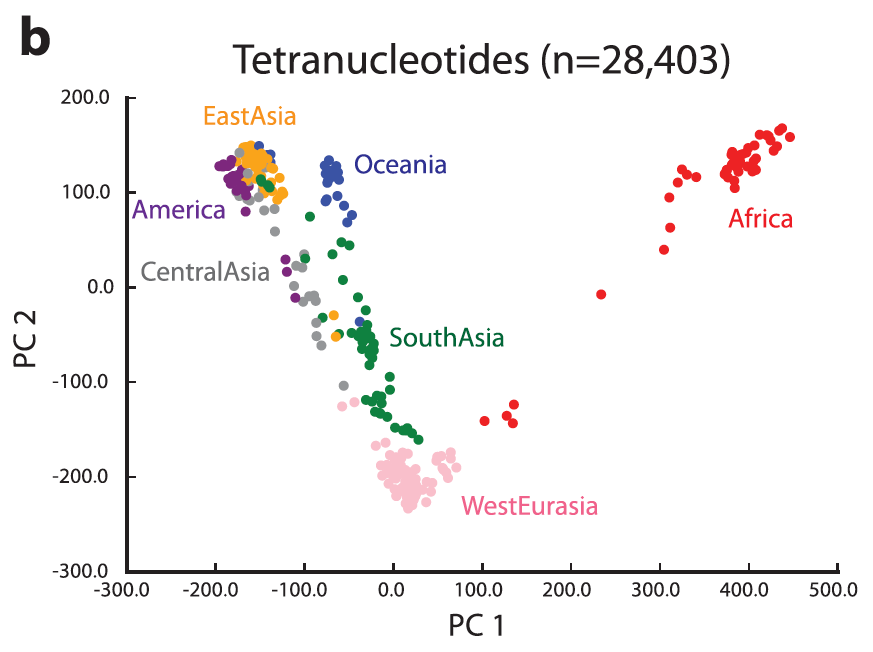