Raccoons seem like quite intelligent creatures and, I read, not very closely related to any other common mammals.

A lucky hedgehog miraculously escaped a prickly situation after being nearly crushed to death at a recycling plant near Stevenage, Hertfordshire. Eagle-eyed Michelle Wright was working at Herts Skiphire when she spotted the female hedgehog, dubbed Skippy, on a conveyor belt on Friday, November 29th. Ms Wright, 40, feared the hedgehog must have been dead because it had been through almost the entire recycling process. But incredibly the animal had survived despite being unloaded from a skip, picked up by a huge industrial grabber and being tossed around inside a trommel, a washing machine like device used to separate waste. Skippy even survived plummeting onto another conveyor belt before being picked up by Ms Wright. 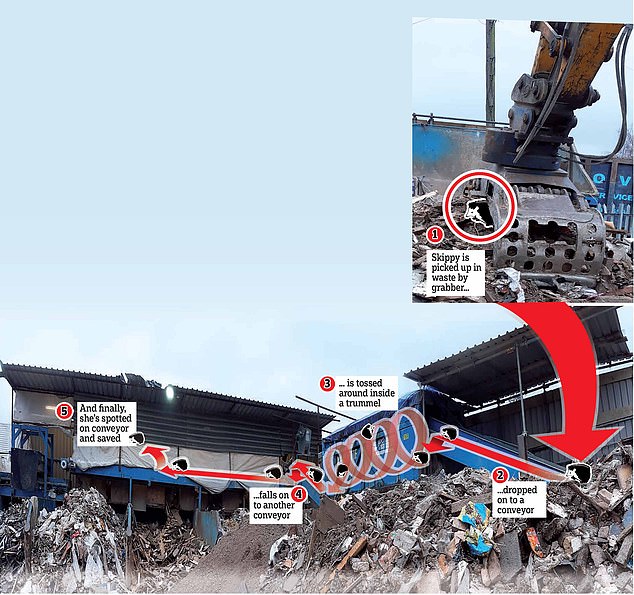 Ms Wright said: 'She must have been protected by something in there, going through the trommel is like going on a fairground ride going round and round and you've got to keep running to keep up with it. In there are bricks, hardcore and things which are very heavy. When she had dropped on our belt, at first I thought she was dead, and maybe someone had put the body in a skip. But when I picked her up she sort of looked at me and rolled up into a ball. We found a cardboard box for her in our staff room and she was moving around in there, so we rang round for a rescue centre.'

Now Skippy is safe in the care of London Colney Hedgehog Rescue and amazingly owner Esther Chant said despite her ordeal, Skippy has no broken bones or spines. She said: 'She's a very lucky hedgehog, we put it out there for our followers to name her and Skippy seemed like the best name. 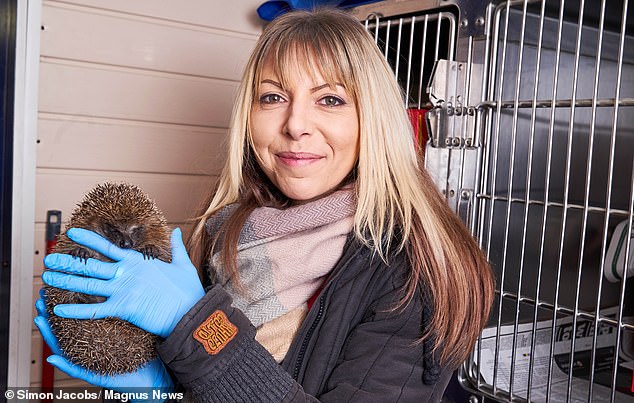 Skippy is being cared for by Esther Chant (above) at London Colney Hedgehog Rescue. The female hedgehog is 'eating well' and has 'not decided' to hibernate