What should the main duty be of the politician sent from your area to vote on issues in national government?


* To vote the way his party leader wishes him to.

* To vote in accordance with his party's latest election manifesto.

* To vote in accordance with his personal values and opinions.

* To find out what the people in his represented area want and vote for that. 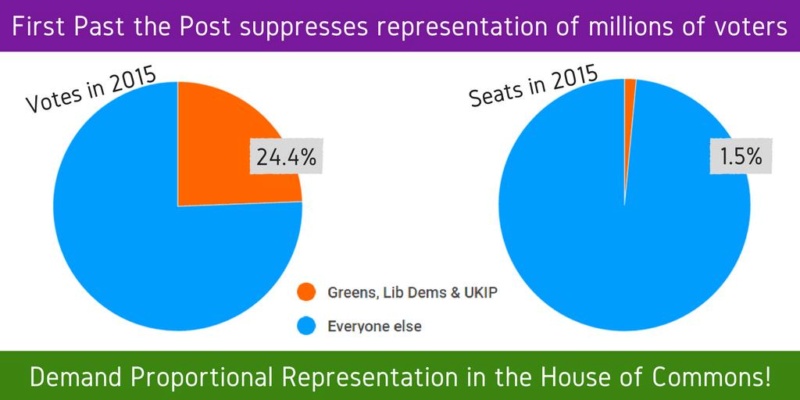 @Neon Knight wrote:What should the main duty be of the politician sent from your area to vote on issues in national government?


* To vote the way his party leader wishes him to.

* To vote in accordance with his party's latest election manifesto.

* To vote in accordance with his personal values and opinions.

* To find out what the people in his represented area want and vote for that.

That last one. But it's not going to happen ever because what the elites want is not what the ordinary people want.

In the 18th century the philosopher Edmund Burke argued that MPs should not be beholden to their constituent’s wishes, and be free to exercise their own judgement in Parliament:

“His unbiased opinion, his mature judgment, his enlightened conscience, he ought not to sacrifice to you, to any man, or to any set of men living. Your representative owes you, not his industry only, but his judgment; and he betrays, instead of serving you, if he sacrifices it to your opinion."

In doing so MPs are freed to act in the national interest, rather than simply fighting to improve the lot of those in their constituency. Burke’s comments were made shortly after being elected as MP for Wendover, and it may not surprise you to find that he was not elected for a second term. But the principle he endorsed, known as the ‘trustee model of representation’, has never been more relevant as it has within the context of Brexit, with many MPs finding themselves holding opposing views to the constituencies they represent.

Now a new YouGov study finds that MPs and the British public are at loggerheads on what the nation’s representatives are supposed to be doing in Parliament. Our survey of 100 MPs finds the vast majority of MPs support Burke’s view: 80% believe they are elected “to act according to their own judgement, even when this goes against the wishes of their constituents”. 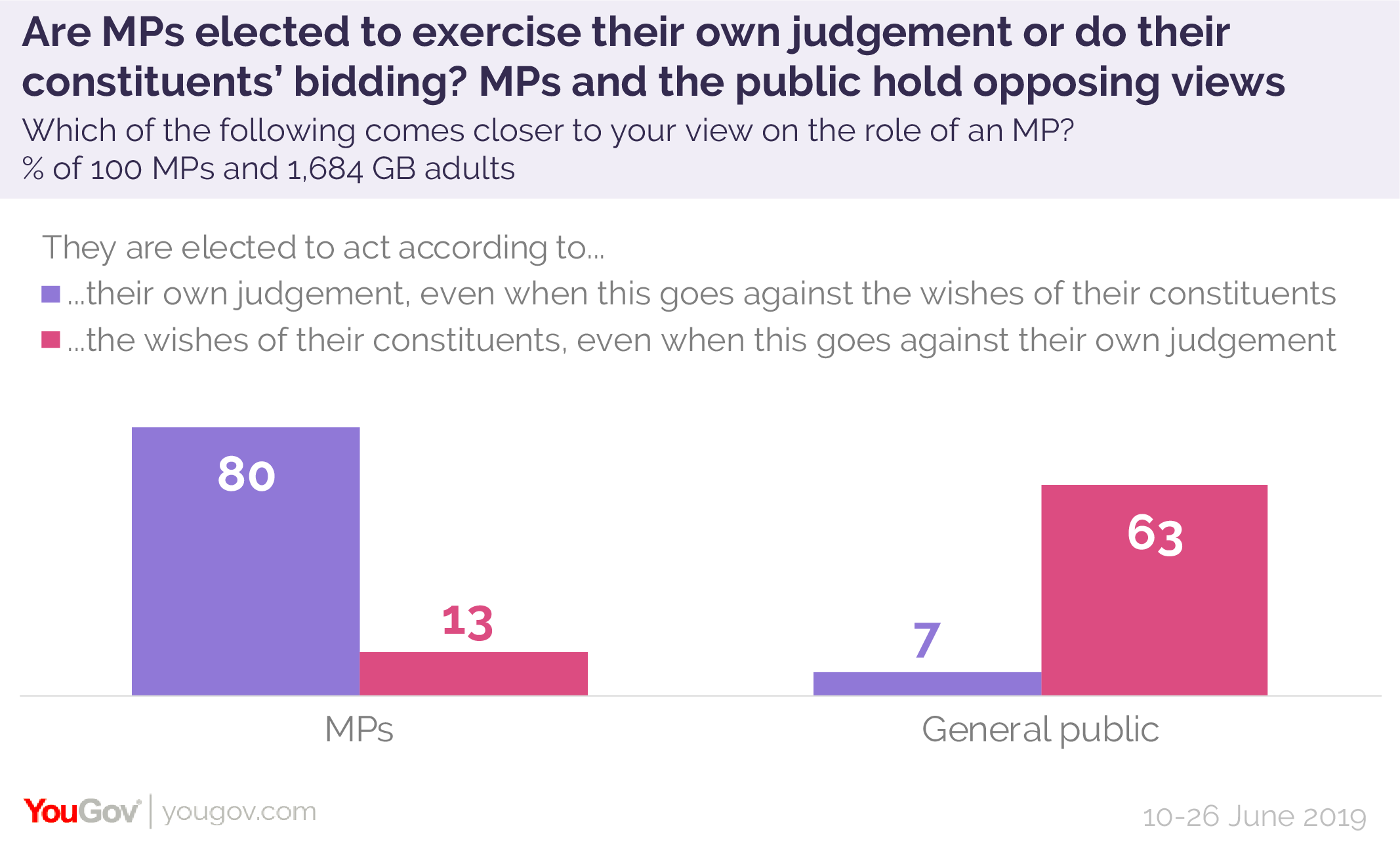 As Burke found 250 years ago, constituents have very different ideas, with 63% of Britons saying that MPs are elected “to act according to the wishes of their constituents, even when this goes against their own judgement”. In contrast to the system Burke proposed, this is the ‘delegate model of representation’. /quoting

The result for the opinion that representatives (MPs) should act according to the wishes of their constituents has an interesting breakdown:

So conservative voters and older voters have more respect for the authority of the voter. But with the politicians themselves it's somewhat the other way around, with 88% of Conservative MPs but 66% of Labour MPs believing that they are elected to act on their own judgement.

Psychologically, it looks as though conservatives, whether voters or representatives, tend to want to be in control, whereas left-wing voters and reps. are less trusting of their own authority.

"The first duty of a member of Parliament is to do what he thinks in his faithful and disinterested judgement is right and necessary for the honour and safety of Great Britain. His second duty is to his constituents, of whom he is the representative but not the delegate. Burke's famous declaration on this subject is well known. It is only in the third place that his duty to party organization or programme takes rank. All these three loyalties should be observed, but there is no doubt of the order in which they stand under any healthy manifestation of democracy."
— Winston Churchill, Duties of a Member of Parliament (c.1954-1955)

I have to (mostly) disagree with the great man on this. In a time of emergency, yes, normal politics moves into the background and the MP must act on his conscience. But normally, he has been elected largely on the basis of election manifesto promises so his first duty is to uphold those, which is the same as serving his constituents and pretty much the same as serving his party if it is behaving consistently.